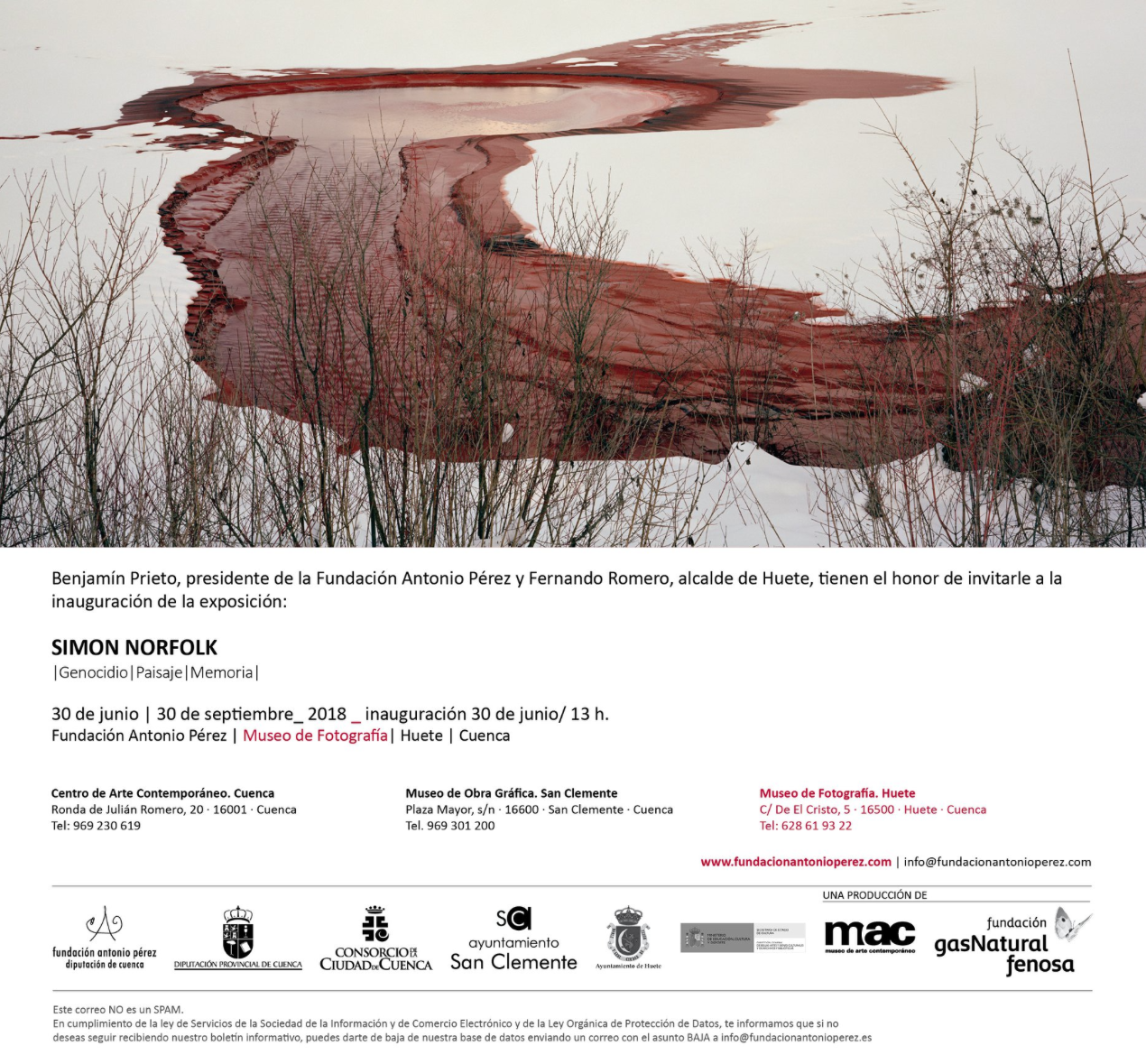 ​Thanks to the Fundación Antonio Pérez / Museo de Fotografía in Huete for bringing an exhibition of my work to Cuenca, Spain..

“An exhibition featuring 40 photographs that offer a reflective look at places of conflict and spaces devastated by war, all of them after September 11, 2001 and the conflicts in Afghanistan, Baghdad, Bosnia, Beirut and Israel / Palestine.”

From the exhibition: photographed in snow, a red oxide waste pond at an aluminium factory complex at Petkovići, Bosnia. Hundreds of men and boys were massacred nearby. Some of their bodies believed thrown in the lake, others piled into mass graves. The war was in many ways innovative. It raised to common currency the terms ‘ethnic cleansing,’ and ‘ humanitarian intervention;’ and was the first war fought very much under the eyes of the media. In addition, it was the first conflict fought by killers who knew, before the war had even finished, that a war crimes tribunal awaited them. … many of these killers tried to conceal their crimes after the event.