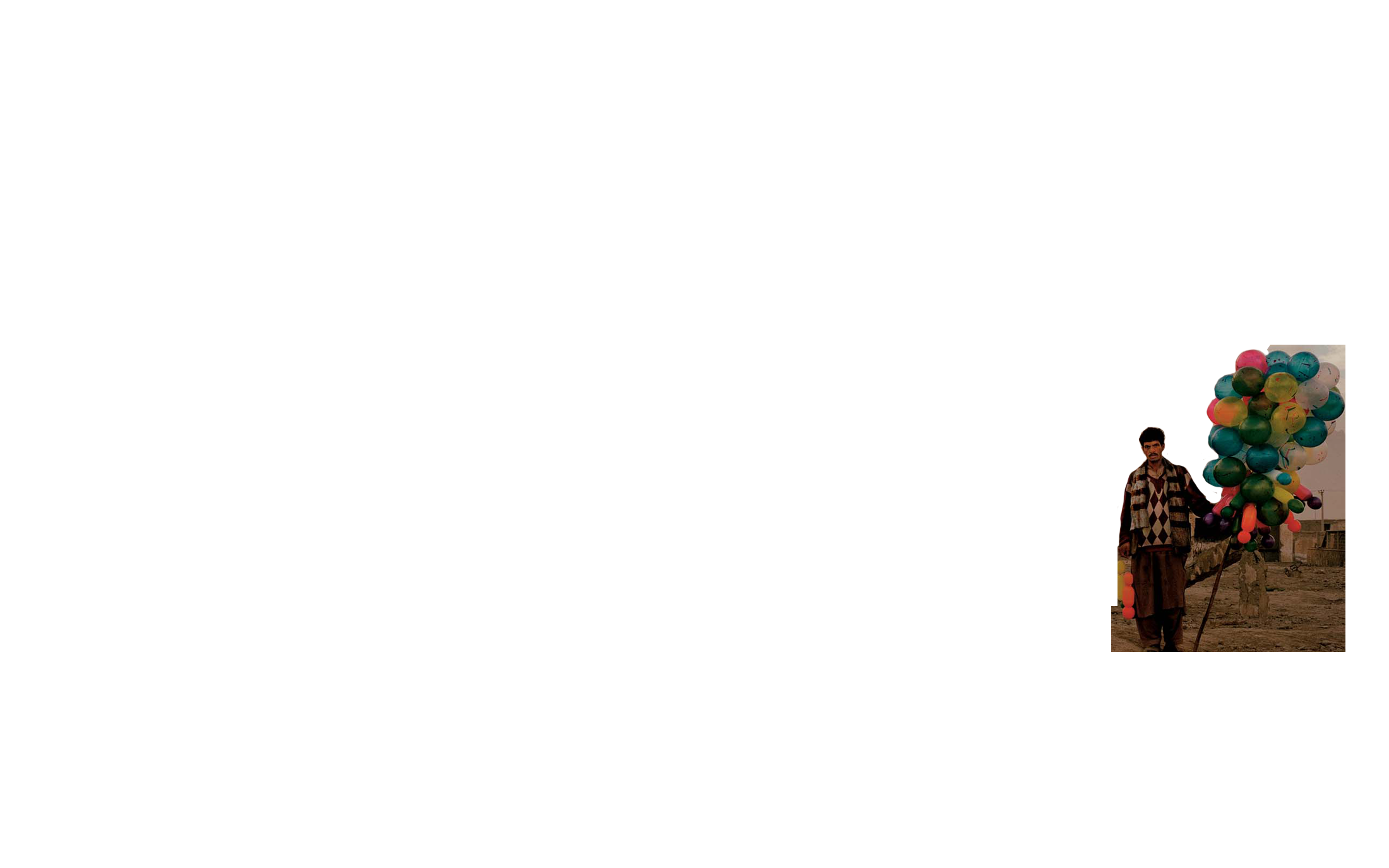 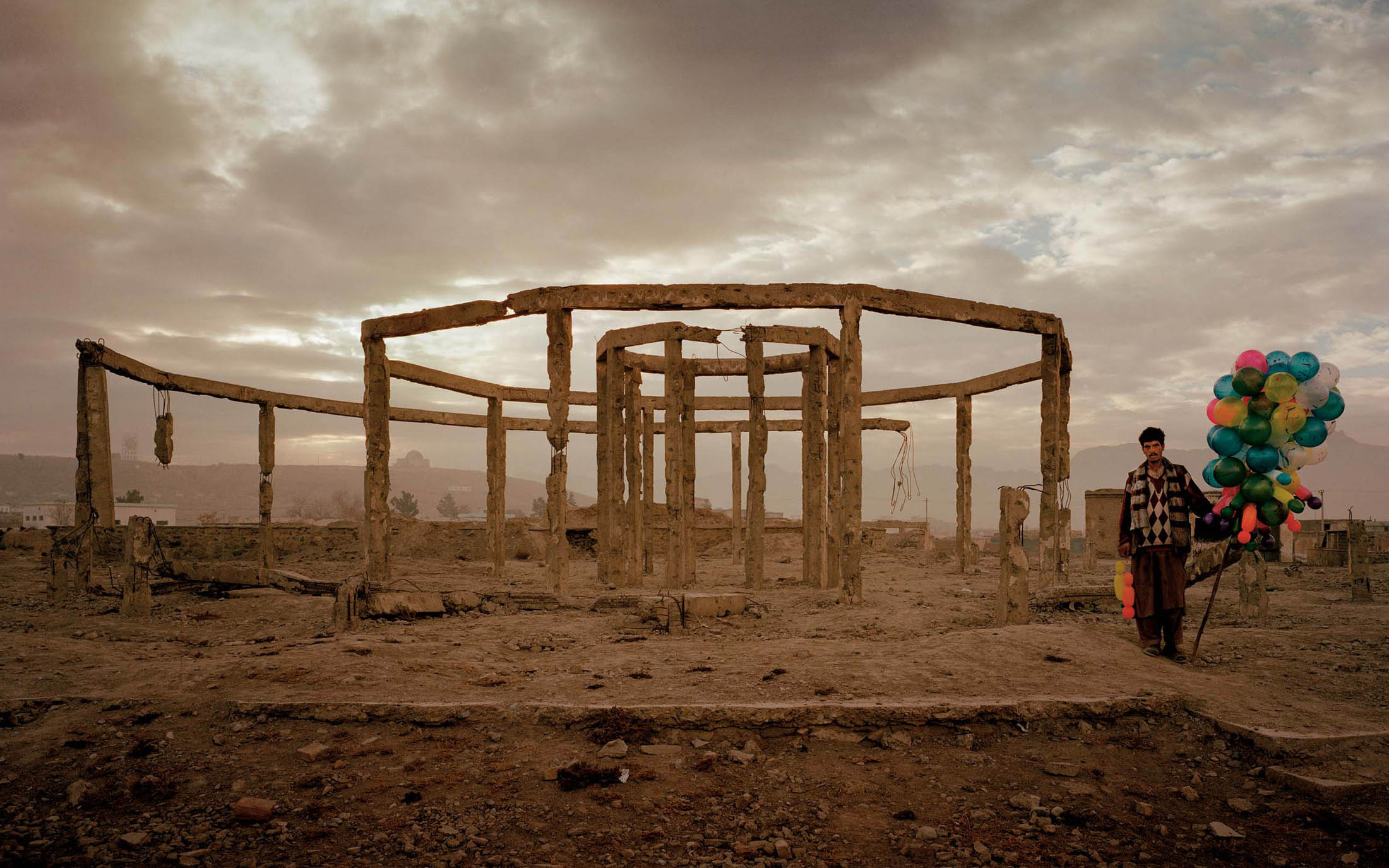 European art has long had a fondness for ruin and desolation that has little parallel in other cultures. Since the Renaissance, artists such as Claude Lorraine or Caspar David Friedrich have painted destroyed classical palaces and gothic churches, bathed in a fading golden twilight. These motifs symbolised that the greatest creations of civilisation – the empires of Rome and Greece or the Catholic Church - even these have no permanence. Eventually they too would crumble; vanquished by barbarians and vanishing into the undergrowth. The only thing that could last, that was truly reliable, was God. And man’s only rational response in the face of God’s power, was awe.

The landscapes of Afghanistan are also ‘awesome’ (in the original sense of this word) but the feelings of dread and insignificance are not related to the power of God but to the power of modern weaponry.

Afghanistan is unique, utterly unlike any other war-ravaged landscape. In Bosnia, Dresden or the Somme for example, the devastation appears to have taken place within one period, inflicted by a small gamut of weaponry. However, the sheer length of the war in Afghanistan, means that the ruins have a bizarre layering; different moments of destruction lying like sedimentary strata on top of each other. There are places near Bagram Air Base or on The Shomali Plain where the front line has passed back and forth eight or nine times  – each leaving a deadly flotsam of destroyed homes and fields seeded with landmines. A parallel is the story of Heinrich Schliemann’s  discovery of the remains of the classical city of Troy in the 1870s. Digging down, he found eleven cities deposited upon each other, each one in its turn rebuilt upon the rubble of its predecessor and later destroyed.

Afghanistan keeps similar artefacts in what one could call a Museum of the Archaeology of War. Abandoned tanks and troop carriers from the Soviet invasion of the 80s litter the countryside like agricultural scrap or they have been used as footings for embankments and bridges, poking from the earth like malevolent fossils. The land has a different appearance where there was fighting in the early 90s. In this instance the tidy, picked–clean skeletons of buildings are separated by smooth, hard earth where de-mining teams have ‘swept’ the area. In places destroyed in the recent US and British aerial bombardment, the buildings are twisted metal and charred roof timbers (the presence of unexploded bombs deters all but the most destitute scavengers,) giving the place a raw, chewed-up appearance.

Mikhail Bakhtin might have called this kind of landscape a ‘chronotope’: a place that allows movement through space and time simultaneously, a place that displays the ‘layeredness’ of time. The chronotopia of Afghanistan is like a mirror, shattered and thrown into the mud of the past; the shards are glittering fragments, echoing previous civilisations and lost greatness. Here there is a modern concrete teahouse resembling Stonehenge; an FM radio mast like an English maypole; the Pyramids at Giza; the astronomical observatory at Jaipur; the Treasury at Petra; even the votive rock paintings in the caves at Lascaux.

Throughout history, many civilisations have been brought down by barbarians, but the destruction, no matter how savage, always leaves behind a trail of clues. A building destroyed by the cataclysm of an American 15,000 lb. bomb creates a different historical record to a structure gradually reduced to its concrete ‘bones’ by thousands and thousands of small Kalashnikov bullets. The notion of a chronotope is extremely useful here. Art historical references may be intriguing, but the destruction of Afghanistan is first and foremost a human tragedy in which millions have lost their lives. The people killed in these attacks leave almost no record – only the forensic traces survive to tell of the carnage.

Seeing Afghanistan as a chronotope can reconnect the evidence in the landscape to the story of this human disaster. It points to the archaeological remains that are the only indicators of the appalling suffering that is modern war, a suffering so atrociously suppressed in mainstream media coverage.

In a way, I had seen the destruction of Afghanistan before, not directly, but in the ‘Illustrated Children’s Bible’ given to me by my parents when I was a child. When the pictures showed David overcoming Goliath, these Afghan-looking mountains and deserts were the background. If Joshua fought the battle of Jericho, these trees and animals were drawn in the middle distance. More accurately, the landscapes of Afghanistan are how my childish imagination conjured up the Apocalypse or Armageddon. I felt I had already lived these landscapes in the fiery exhortations of a childhood Manchester Sunday School and in Rudyard Kipling’s bloodthirsty imperial victories: utter destruction on an epic, Babylonian scale, bathed in the crystal light of a desert sunrise.